The plot of the movie GROUNDHOG DAY is probably familiar to you. The protagonist is by some never explained twist of the spacetime continuum fated to live and relive and relive February 2nd in the town of Punxsutawney, PA.  Pretty soon he knows everyone in town, and exactly what they will do and say. He is driven almost insane by the monotony and the lack of new ideas. Sometimes I feel that we in the financial services industry are trapped in our own version of Groundhog Day. While going through some papers I stumbled on this essay which I wrote in September, 2014. Rereading it today, I am not sure I would change a word. Our discussion of housing in Canada has been stuck in Groundhog Day.  Here is the essay, unaltered.

September 2014 – Is the Canadian Housing Market Due for a Correction?

Pretty much everyone likes to talk about house prices, particularly here in Toronto.  Maybe that’s because we all have to live somewhere, and for most of us, our house is a major asset.  The question of whether Canada is having a real estate bubble, similar to what occurred in the U.S. in the period from 2004 to 2008, continues to get a lot of discussion in the press.  Here are our thoughts on the subject.

Three Reasons to Believe House Prices are Too High

Three Reasons to Believe that House Prices are Not Too High

Three Reasons Not to Worry Too Much About It

We don’t know if house prices are too high, too low or just right.  Even if there should be a sharp drop in prices in the current hot markets, we are convinced that there is no real possibility of the kind of credit crisis that engulfed the US housing industry from 2007 to 2009.  The conditions and the situations are entirely different.  As usual, Canada will most likely muddle through. 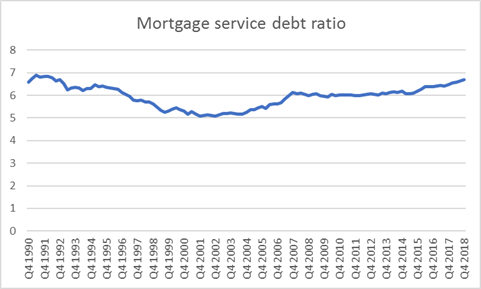 Here is a link to a list of the 20 most expensive cities in the world for residential real estate. No city in Canada makes the list.  https://www.property24.com/articles/top-20-most-expensive-residential-property-markets-worldwide/27713