As most of you know, last year our Chief Investment Officer Barry Schwartz was interviewed in the book “Market Masters: Interviews with Canada’s Top Investors” by Robin Speziale. Anyone who has read this interview or has followed Barry on BNN has continually heard about the importance of free cash flow. For this blog post, I want to talk a little about what this means.

Free cash flow or FCF in short, is simply the excess cash flow that is generated by a business after paying for all of its expenses such as employee salaries, advertising and taxes, as well as investments required to maintain and grow the business such as replacing old and worn out equipment. Free cash flow is important because it represents the cold, hard cash that is available for the business to use at its discretion. It seems obvious that the more cash available, the better. I should note that while many companies can and do manipulate reported earnings, it is much harder to be evasive about cash. Either the company has it, or it doesn’t.

A business that does not generate any free cash flow will need to find cash from other sources such as borrowing, selling assets, or issuing more equity. Aside from simply not being profitable, a business could have negative free cash flow for many reasons including too much debt, a bad economy, or because it is spending aggressively for the future. Although there are certainly legitimate reasons why companies generating negative free cash flow can be great investments, we believe many of these firms are likely too risky for our clients.

So because substantially all of the businesses we own generate a significant amount of free cash flow, capital allocation, that is, how the cash is used, is of utmost importance. A business can use excess cash in the following ways:

5) Keeping it in the bank account for a rainy day

All of these actions can be appropriate given the right situation. All of these can also be wasteful uses of cash if done at the wrong time. Yahoo! is a good example of a company that has wasted its cash flow. In May 2013, Yahoo acquired social media site tumblr for $1.1b. By July 2016, Yahoo had written down all of the $700m of goodwill relating to tumblr, admitting in accounting terms that they had lost $700m on the acquisition.

In general, we would prefer that companies pay out their excess cash in dividends. Companies that pay dividends are acknowledging that the cash belongs to the shareholders. Dividends change the capital allocation decision from the management to us. We can choose to re-invest the dividends back into the same company (essentially achieving the same effect as a buyback), or invest in something else. Almost all of the companies we own pay dividends.

However, we also recognize there are companies that can make acquisitions or buybacks in an intelligent way. TFI International (formerly Transforce) is a company that we think has historically done a good job at allocating capital. You’ve probably seen their trucks on the highway. 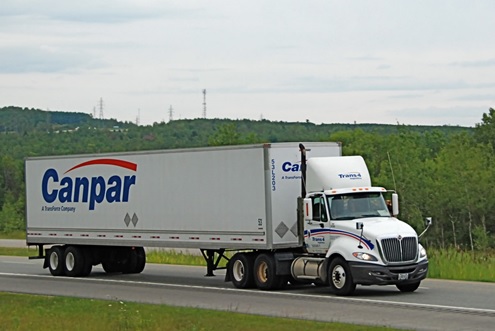 TFI is a company that generates a significant amount of free cash flow. TFI primarily uses this cash for acquisitions, but also pays a dividend and opportunistically makes share buybacks. TFI has completed over 100 acquisitions over the last 10 years and has a good track record of paying cheap prices and efficiently integrating the purchased companies.

From 2010 through September 2016, TFI has grown net income from $73 million to $186 million.  The net investment made by TFI for this growth was $899 million.  So far, the return on investment has been 13%, and we would expect to see that increase over time.

On a cumulative basis, this is a 202% return on invested capital over a period of about 7 years, not counting $356m of dividends paid through this period. Not surprisingly, TFI’s stock is up about 223% throughout the same period, pretty close to the value created by management.

The formula for investment success seems simple: find companies that generate lots of free cash flow, and make sure that they use it wisely. As with all investments, however, the trick is to put the concept into action. So far it seems to be working out nicely with this excellent Canadian company.

Clients of Baskin Wealth Management are shareholders of TFI International