How interest rates affect the decision to borrow vs. save

In my last blog, I examined the framework for determining whether one should use cash to pay down their debt, or to build their investments. While the framework necessarily includes analysis of current interest rates, one factor that was not considered was how interest rates will change over the lifespan of your debt. This article will examine these considerations.

First, it’s important to remember that changing interest rates have differing impacts on debt and on investments, and further differences between investment asset classes. From the point of view of debt – say a variable rate mortgage or line of credit – rising interest rates means the owner’s required payments will increase (or in some cases, the amortization period will increase instead). With higher interest rates, the debt generates more interest that must be paid before the principal can be paid down. While this is not immediately impactful for holders of fixed rate debt, it’s worth noting that a fixed rate mortgage still is affected by changes in interest rates when the mortgage’s term is up. So, if a mortgageholder just completed the first 5-year term of a 30-year mortgage and interest rates have risen, the mortgageholder will still need to renew the mortgage at a higher interest rate and accept the higher payments that entails. 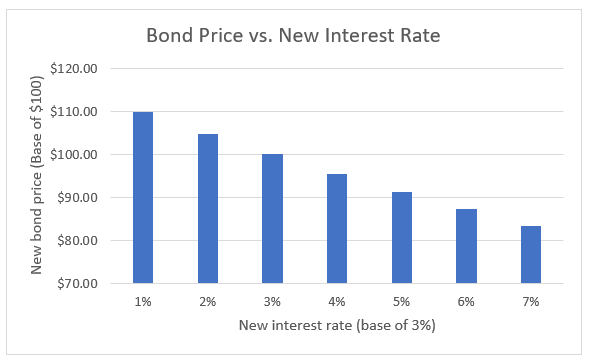 Second, volatility surrounding interest rates adds a level of risk and uncertainty for debtholders, particularly holders of long-term debt like mortgages. While a homeowner may be able to afford payments at their current mortgage rate, if interest rates rise, their payments will increase and at some point, they may not be able to afford their monthly payments. In fact, this is the theory behind the government “stress test” which aims to ensure mortgage applicants are able to handle an interest rate somewhat higher than the one for which they’ve qualified.

Consider a scenario in which an investor has variable-rate debt and a portfolio of stocks. A falling interest rate environment is a double boon. Their debt service payments will fall while their portfolio of stocks will likely gain. This investor’s decision between investing and paying down debt has been made easier. However, other scenarios may not be so clear. An investor with the same variable-rate debt, but a portfolio of bonds close to their maturity dates, would find their debt service easier, but their investments facing lower returns as their bonds mature and the proceeds re-invested at lower yields. So, depending on the makeup of the debt and the investments, changes in interest rates can be made easier or harder. There is no hard and fast rule!

Any discussion about interest rate changes must include the caveat that predicting the direction of interest rates – especially in the medium- and long-term, but even for periods of a year or less – is virtually impossible. A rising rate environment can become a flat or falling rate environment quickly and with almost no warning. This article is intended to help explain the impact of changes in interest rates, but not to imply that future rate changes can be predicted with any degree of accuracy.

Interest rate changes have a direct impact on holders of debt and investments. Before making the decision between allocating available cash to one or the other, it’s important to understand how your choice will be affected down the road when rates change.