I have often told our clients that the best thing about my job is that I get to think about a very wide range of problems, challenges and opportunities that could affect the economy, and their investments. Obviously climate change is an important issue, and given the prominence it has assumed in the news, I would like to explore a way to think about it that has, at least in my view, not received enough attention.

From an investor’s point of view, climate change presents both significant threats and a whole new range of opportunities. The threats are obvious and have been so well publicized that I need not repeat them here. Some of the opportunities are obvious as well: electric cars, solar power, wind turbines and meatless protein are good examples. What is not so clear is what new great investments might become available in the next few years.

Fifty years ago the world intelligentsia was not much worried about climate change. The concern was that rampant industrialization and over-population were about to cause humanitarian disasters on a never before imagined scale. The leader of the doomsayers was Paul Ehrlich.  Here is the first sentence of his extraordinarily popular book The Population Bomb, published in 1968:

The battle to feed all of humanity is over. In the 1970’s and 1980’s hundreds of millions of people will starve to death in spite of any crash programs embarked upon now.

In a subsequent book published in 1974, he doubled down on his original prediction:

This vast tragedy, however, is nothing compared to the nutritional disaster that seems likely to overtake humanity in the 1970s (or, at the latest, the 1980s) … A situation has been created that could lead to a billion or more people starving to death…Hundreds of millions of people will soon perish in smog disasters in New York and Los Angeles…the oceans will die of DDT poisoning by 1979…the U.S. life expectancy will drop to 42 years by 1980 due to cancer epidemics.

Ehrlich’s book led to a sort of mass hysteria about over-population, leading to schemes as broad ranging (and incredibly racist) as air-bombing India with billions of condoms, and putting sterilization agents in the drinking water of third world countries. In a now-eerily foreshadowing of a present trend, white middle and upper class teenagers pledged never to have children.

Ehrlich, of course, was not the only one. A prestigious international think-tank, the Club of Rome, published an influential book The Limits of Growth in 1971. In highly scientific terms, backed up by mathematical equations, it explained how the world would run out of oil by around the end of the 20th century. Other crucial metals and materials such as copper were predicted to run out soon thereafter.

When The Limits of Growth was published I was studying economics at the University of Colorado and had as my mentor the late Dr. Reuben Zubrow. Professor Zubrow had worked during the Second World War at the U.S. War Production Board, which transformed U.S. manufacturing companies into producers of tanks instead of cars, and airplanes instead of washing machines. Zubrow was a believer in markets and innovation. He had seen, first hand, the way that motivated, smart people can respond to a crisis. He taught his students, including me, that Ehrlich was wrong, just as Thomas Malthus and Karl Marx had been wrong before him. They had, he said, failed to reckon with the power of market incentives to produce new methods, new products, and different results than those foreseen by the merchants of gloom.

The history of the industrial age is one of smart people finding solutions to tough problems. The world now supports a population of almost eight billion. The percentage of human beings living in abject poverty is the lowest ever, and the number of the very poor is reducing year by year. Life expectancies are on the rise almost everywhere and child mortality is becoming less common even in very poor countries. World literacy is at its highest level ever. Zubrow was right, and Ehrlich and the Club of Rome were not only wrong but completely wrong, as these two graphs so clearly show. 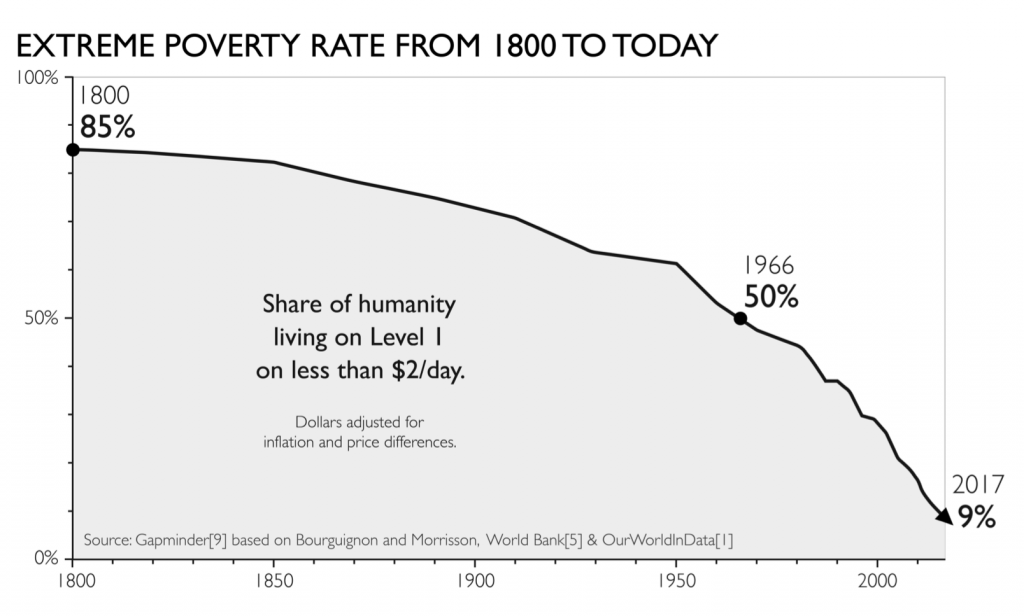 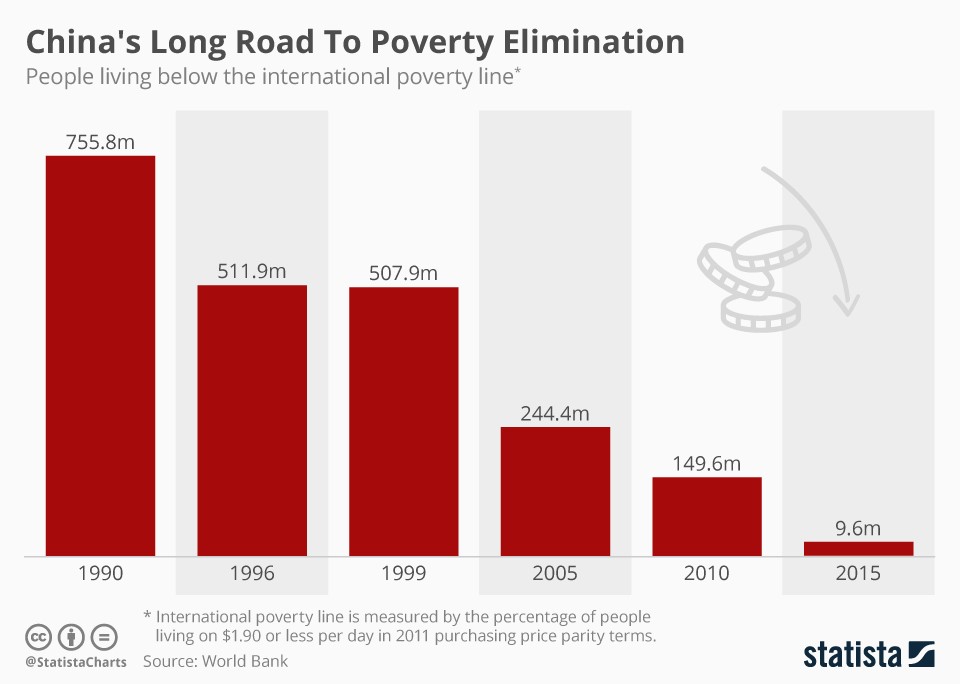 In India, the so-called Green Revolution based on high-yield seeds and industrial farming modernized agriculture and Indian crop production skyrocketed. There was no mass starvation of hundreds of millions. Today, India is not only feeding its population of 1.2 billion, (three times higher than what it was when The Population Bomb was published), but is exporting over $40 billion/yr of agricultural products to its neighbours.

Air quality in cities such as Los Angeles and New York is much better today than it was fifty years ago due to automotive engineering advances, cleaner fuels and stricter regulations. We have not run out of copper or any other material, and the U.S. just became the largest oil producer in the world. Oil prices are dropping because there is just too much of the stuff being produced.

If you go on the internet (invented in 1989) and consult Google (founded in 1998) on your iPhone (first sold in 2007) you will discover, as I did, that most of the products and things we use every day were invented in the past thirty or forty years. When was the last time you used a paper map? GPS came on line in 1990. Using LED lights in your home? They were only widely retailed starting in 2011. Have you used 23 and Me or a similar genetic testing service? Commercial DNA sequencing was invented in 2000.  Large-scale wind turbines, roof-top solar cell arrays, bio fuels, and genetically modified plants are all innovations of the last three decades.

Climate change is real and observable. Just as over-population seemed to be an intractable and significant threat to the world fifty years ago, climate change is clearly very difficult and complex to address on a global level. But predicting the future is hard. It is impossible to know if and when an invention, idea or innovation will provide, for example, a solution (or part-solution) to removal of CO2 from the atmosphere, or will lead to the production of cheap electricity without harmful emissions.

Like my now long-dead economics professor, I am a believer that markets spur innovation, and that innovation makes the world better. I think it is reasonable to hope that large scale CO2 removal and sequestration systems will be developed. I am quite sure that the role of wind and solar power will grow as large-scale commercialization brings down prices and makes these climate-friendly energy sources cheaper than coal and gas burning power stations. I do not think the world will see mass starvation caused by over-heating, and I very much doubt that London, New York, and Hong Kong will disappear beneath the waves as world sea levels rise.

The magnitude of climate change problems has made many activists pessimistic, and understandably so. These are big issues that require big solutions and a lot of change. Nonetheless, I prefer optimists. If airplanes cause pollution, don’t stop flying. Find a way to make better airplanes. If internal combustion engines are a huge problem, build more electric cars. If coal-fired power plants cause cross-border effluence, engineer and build plants using new and better technology. The incentives to find solutions and build new companies are huge. I expect that over the next years we will have the opportunity to invest in new and developing technologies that will change the world for the better.