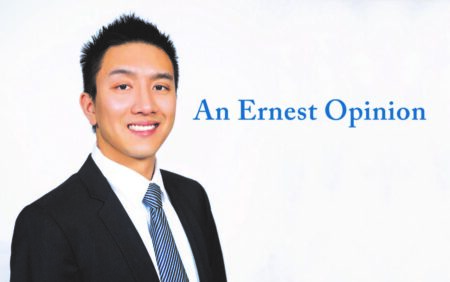 An Ernest Opinion is a blog written by Ernest Wong, Head, Research at Baskin Wealth Management. In it, he will provide thoughts on North American markets and companies with a focus on the business strategy and management quality. Baskin Wealth Management may or may not own these stocks and he will avoid the valuation aspect of the business and will not be providing any investment recommendations. We hope you will find it interesting.

What’s next for Canadian banks after COVID?

Although banks now have diversified their sources of income to include major areas such as wealth management and trading, they still largely succeed or fail based on the performance of the loans they make to consumers and companies.  COVID-19 shutdowns were a big risk to the Canadian banks. People who lose their jobs cannot pay their rent, mortgages and credit card debt, and Canadian household debt was already at historically high levels.

Breaking down CN and CP’s battle for Kansas City Southern

Canadian railroads are terrific examples of the types of businesses we like to own. They own irreplaceable assets that provide essential services, have a significant cost advantage vs trucking, and have strong pricing power. Given the low population density and reliance of the Canadian economy on resources, CN Rail and CP Rail together move about 70% of inter-city surface freight in Canada and virtually all the lumber, grain, fertilizer, and coal production. Most Canadians simply do not realize the degree to which our lives and the economy rely on the two major railroads.

Thoughts on the Rogers acquisition of Shaw

After failing to acquire Cogeco Communications in September 2020, Rogers turned its eyes to Western Canada and announced the acquisition of Shaw Communications on Monday morning for $26 billion ($40.50 per share). Shaw’s legacy business is its wireline footprint in Western Canada with 5.1m consumer and small business subscribers in B.C, Alberta, Manitoba, and Saskatchewan. Rogers has no cable footprint in these provinces and does not directly compete with Shaw for wireline subscribers.

Is it time to sell COVID winners?

Almost exactly one year ago with the world teetering into the COVID-19 crisis, I wrote a blog discussing some thoughts on investing through a crisis and in the blog, I outlined four criteria that investors would be well-served to follow.

Thoughts on TFI International and the acquisition of UPS Freight

TFI International (formerly known as Transforce) is a gritty business that doesn't capture the imagination of r/wallstreetbets, but through skillful operations and capital allocation has delivered very healthy returns to shareholders over time: a $1 investment when current CEO Alain Bedard took over in 1996 is now worth over $200 vs about $2.70 for the S&P/TSX index.

While historically the benefits to Constellation Software of remaining as one company have been significant, it is now on the verge of it's first ever spin-out of a major division - Topicus.com. In this blog, Ernest outlines the reasons Constellation is taking this step and concludes that this is simply the next step in their evolution into a mature organization.

What is next for Constellation Software?

Constellation Software is well known to be a serial acquirer of small vertical market software (VMS) companies, having purchased 500 or so of these in it's history and the results speak for themselves. A $1 investment in Constellation Software 10 years ago would be worth nearly $40 today, compared to only $1.30 for the TSX index. In this blog, Ernest outlines some of the challenges ahead for Constellation as it has grown to become a global conglomerate and how CEO Mark Leonard is saying he will approach the issue.

The future of Canadian Telecoms

In early September, US cable provider Altice USA and Rogers Communications made a joint bid to acquire Cogeco Communications and its parent Cogeco Inc (I will refer to both as Cogeco). The proposed deal would have Altice acquiring Atlantic Broadband, the 9th largest cable provider in the US, and Rogers, Cogeco’s largest shareholder, acquiring the Canadian assets, mainly a cable footprint in Ontario and Quebec and giving Rogers an entry into Quebec. The deal was quickly rejected by Cogeco with President Louis Audet stating Cogeco was definitively not for sale. Despite this categorical rejection, the would-be buyers increased their bid by about 10% to $11 billion in mid-October. Not surprisingly, the increased offer was again summarily rejected by the Audet family.